About the WKO Canada 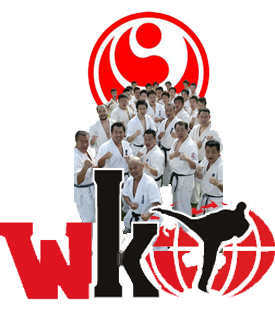 The mind, the technique and the body, necessary parts to nourish the spirit of martial arts.

In order to achieve this, our union of branches aims to:

Kyokushin (極真) is a style of stand-up, full contact karate, founded in 1964 by Korean-Japanese Masutatsu Oyama (大山倍達 Ōyama Masutatsu). "Kyokushin" is Japanese for "the ultimate truth". It is rooted in a philosophy of self-improvement, discipline and hard training. Its full contact style had international appeal (practitioners have over the last 40+ years numbered more than 12 million).

After formally establishing the Kyokushinkaikan in 1964, Oyama directed the organization through a period of expansion. Oyama hand-picked instructors who displayed ability in marketing the style and gaining new members. Oyama would choose an instructor to open a new dojo. The instructor would move to that town and demonstrate his karate skills in public places. After that, word of mouth would spread through the local area until the dojo had a dedicated core of students. Oyama also sent instructors to other countries such as the Netherlands (Kenji Kurosaki), Australia (Shigeo Kato and Mamoru Kaneko), the United States (Tadashi Nakamura, Shigeru Oyama and Yasuhiko Oyama, Miyuki Miura), Great Britain (Steve Arneil), Canada (Tatsuji Nakamura) and Brazil (Seiji Isobe) to spread Kyokushin in the same way. Many students, including Jon Bluming, Steve Arneil, and Howard Collins, traveled to Japan to train with Oyama directly. In 1969, Oyama staged The First All-Japan Full Contact Karate Open Championships and Terutomo Yamazaki became the first champion. All-Japan Championships have been held at every year. In 1975, The First World Full Contact Karate Open Championships were held in Tokyo. World Championships have been held at four-yearly intervals since.

Since 1956, when Sosai Oyama opened its first Dojo , until 2003 when the NPO World Karate Organization Shinkyokushinkai was founded , here are the most relevant events that have taken place. Since the death of Sosai Oyama, many different organization were formed which stemmed from the Kyokushin base. Our current Shinkyokushinkai group was constituted as a democratic Organization in 2003, taking the name of NPO World Karate Organization Shinkyokushinkai (WKO). Since 2003, the WKO, has been reaping success for its World Championships, number of members and the faithful follow-up of the path that Sosai Oyama began. At the moment, it is the most respected World Organization inside and outside of Japan, being an entity of a democratic and non-profit nature.

Our national structure is based on a Branch Cheif system. Each Branch Chief is responsible for their district and reports directly to WKO headquarters. They have a voting right in the WKO general assembly. The union of all Branch Chiefs will decide on matters related to the country, for example, determining the details surrounding a national championship, or selection championship used to select fighters from Canada that would be eligible to participate in the World Championships which are held every 2 years, alternating between the open-weight championship held in Japan and weight championship.

Since the change of name of the organization, it has been renamed NPO World Karate Organization Shinkyokushinkai (WKO), led by president Kenji Midori, has experienced an exponential growth, both in newly affiliated countries, as well as in the members of these. Currently the WKO has more than 80,000 members distributed in more than 101 countries (as of January 2019).

The Cup of the Muno (World Cup) has also been established , by areas and weights, which is held every four years, alternating with the World Championship, and which is carried out each edition in a different area of ​​the world.

Colored belts have their origin in Judo, as does the training gi, or more correctly in Japanese, dōgi or Keikogi. In Kyokushin the order of the belts varies in some breakaway groups, the kyu ranks and belt colors are as follows with the kyu grade black stripes optional:

Below is a list of Shinkyokushin karate dojos in the WKO Canada Group recognized by NPO Shinkyokushinkai WKO (Japan).
If you are an affiliated WKO Canada dojo and wish to be on this list, please send your contact info, along with a photo of yourself to information@wkocanada.ca